50% of men claim they would feel comfortable if their girlfriend had a lesbian lover!!

The average woman has sex three times a week

60% of men are friends with at least one ex-girlfriend

72% of men admit to fantasising about their workmates

There are more 20-year-old virgins now than there were in the late ’50s.

90% of men want to have children

25% of men say the best relationships evolve from friendships

At any one time 1 in 4 people are daydreaming about sex! 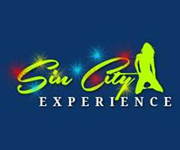